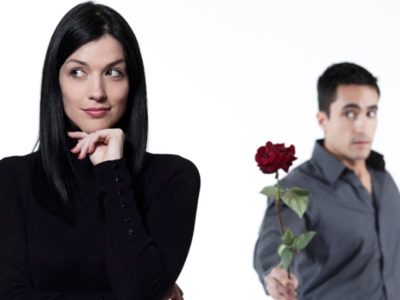 “Bahá’í marriage is the commitment of the two parties one to the other, and their mutual attachment of mind and heart. Each must, however, exercise the utmost care to become thoroughly acquainted with the character of the other, that the binding covenant between them may be a tie that will endure forever.” (‘Abdu’l-Bahá: Selections from the Writings of ‘Abdu’l-Bahá, #86)
“There is a difference between character and faith; it is often very hard to accept this fact and put up with it, but the fact remains that a person may believe in and love [the Bahá’í Faith]—even to being ready to die for it—and yet not have a good personal character, or possess traits at variance with the teachings. We should try to change, to let the Power of God help recreate us and make us true Bahá’ís in deed as well as in belief. But sometimes the process is slow, sometimes it never happens because the individual does not try hard enough.” (On behalf of Shoghi Effendi: Unfolding Destiny, p. 440)

“Bahá’í law places the responsibility for ascertaining knowledge of the character of those entering into the marriage contract on the two parties involved, and on the parents, who must give consent to the marriage.” (Universal House of Justice: Lights of Guidance, p. 368)

“A couple should study each other’s character and spend time getting to know each other before they decide to marry, and when they do marry it should be with the intention of establishing an eternal bond.” (On behalf of the Universal House of Justice: Lights of Guidance, p. 380)

BahaiMingle.com is a community created by a Baha'i for all Baha'i singles and their admirers wanting to connect and date like minded Baha'i singles.